Notes on working with dialogue and with speeches - by Peter Hussey

1.    Work thoroughly on understanding what it is your character is saying. Explore the meaning of the words and the turn of phrase. If it’s a classical speech, explore the origin and etymology of words, and how the usage has changed, expanded, disappeared, or narrowed over time.

2.    Explore every single image – what sorts of meanings are conveyed, suggested and even hinted at in each image?

3.   Who is he/she speaking to? How does it change the tone if the person to whom he/she is speaking has lower or higher status than your character? Play with variations of this.

4.   Why is he/she speaking? What has just happened to him/her?

5.    If it’s a speech to other characters, and it is part of a dialogue, pay attention to the main thought in the other character’s lines, especially in the lines that come before your speech. What is it that your character is responding to? Which word? Which tone? What activity? Or which unspoken thing?

6.   What time is it? Is it very late? Early morning? How might this affect the character, if at all?

7.   Where is the character? Are there people who can overhear? Is s/he alone? If s/he is alone, to whom is s/he speaking? The audience? Him/herself?

8.    Why does your character speak?  It’s possibly the most important question to ask. Why does s/he say things out loud? If you think it’s simply to express how s/he feels, why doesn’t s/he just kick a chair instead? Or hug someone? Why speak?

S/he speaks to be transitive – to convey to the listener (which could be him/herself) the idea, feeling and situation of the speaker in as clear a manner as he/she can do so, in order to have an impact on that listener.

‘Action’ the line (e.g. s/he speaks to confirm, to seek clarity, to comfort, to deny, to puzzle out, to build energy for an action, to steel him/herself against something, etc).

9.    Pay attention to any repeated consonants (eg ‘wh’ sounds or ‘ll’ sounds) that may slip past you in delivery. Look especially at starting sounds (ones that begin words, like h / wh / n) and ending sounds (like t / ed / es). Articulating these can reveal some information about the thought and therefore the tone required.

10. In dialogue with another character, examine where there is exchange (short lines of dialogue), and where there is exposition. Exchange is usually the back-and-forth volleying of responses to each other that are stimulated by the thought in the previous speaker’s line. Exposition is a longer speech within dialogue. It contains an extended response, developing or clarifying an idea or thought. An exposition often contains one or more example, image, or repetition. Here the character feels sufficiently in control of the exchange to not worry about being interrupted by the other speaker. So the pace of an exposition may be slower, allowing for reflection, oratory, persuasion or a range of actions. There is perhaps time to be indulgent. But if you can do without it, please do.

12. While rehearsing the speech you can speak slowly, thinking about the words, thoughts and intentions. But you should aim to get to a place where this speech is as fast as thought – where it is spoken as quickly as most people speak today.

13. While the speech may be delivered at ‘conversation speed’, it should always, always be clear. No mumbling, elision, ellipsis, running together of sounds, or falling away in cadence.

14. Pauses should be earned. Build up to them. Make them convey as much, if not more, than the sounds. Usually it is useful to use them only very sparingly, if at all.

15. Get to the point where the physical action (or decided lack of action) of the character matches the thought process. Think about gestures, subtle movements, levels (standing, sitting etc), profiles (looking away, glances back etc) and all of the other ways we animate conversation. Your movement must match the thought. No point in moving for the sake merely of variety. It must be truthful.

16. Find out where new thoughts enter the character’s mind, and decide if these were unexpected, planned, partially expected, or sudden. How does the new thought make him/her feel (excited, energised, angrier, hard-done-by, relieved, etc)?

17. Has he/she to ‘reach for’ words or phrases to explain something? Is it difficult for him/her to express him/self in the way he/she wants to? Is he/she showing off his/her facility with language and image-making? Is s/he carefully needling, interrogating and/or coaxing etc?

18. Examine the emotion in the thought process. Then try not to overplay it. Hold back (but show that he/she is holding back) from an emotional outburst or release. Show where laughter can be used ironically, or to mask pain. Show resistance, effort, excitement, and any other emotion that you think is quite right for this moment. But remember, hardly any (if indeed any) speech has just one emotion in it. See how many emotions you can identify and check the ‘rightness’ of each of them for that moment.

19. Check out the rhythm – the iambic pentameter. Learn why certain words or parts of words are stressed in the line and others are not. Play with the rhythm. Can you deliver it in rhythm without drawing attention to the rhythm?

Read the entire play. This is something you should do at the very start of the process.

Change walking direction every time the character changes a thought.

Build a physical pile of objects every time s/he mentions a theme, or an image of a certain kind (e.g. Romeo’s collection of images about light, the sun, stars, etc). Look at them when finished. There might be a huge amount. Why is this character so taken with this category of image?

Sing the lines – sometimes this opens up the vowels.

Perform it as a phone call on your mobile – sometimes urgent, other times casual.

Change the context to a totally different one (he/she is a prisoner pleading for justice / s/he is making a speech to the entire school / chatting to the bar tender in a quiet pub / in front of cameras at a media briefing / from behind glass in an isolation cell / to another burglar at night in a house-break in / hiding from the enemy, and so on).

Perform it for others.

Perform it as if it was your father / mother / best friend / teacher etc performing it. What is their body language like? How would they do it?

Stare out a window while performing it.

Watch someone else perform it.

In each of these reflect on what happened and note if anything made more sense, connected to something you felt, or became more truthful. 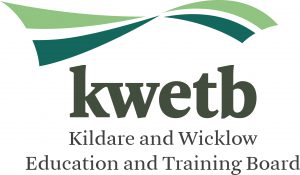 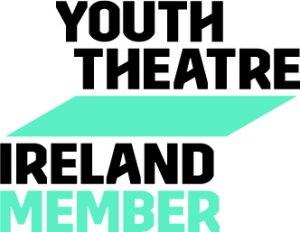